“Anyway, I keep picturing all these little kids playing some game in this big field of rye and all. Thousands of little kids, and nobody's around--nobody big, I mean--except me. And I'm standing on the edge of some crazy cliff. What I have to do, I have to catch everybody if they start to go over the cliff - I mean if they're running and they don't look where they're going I have to come out from somewhere and catch them. That's all I do all day. I'd just be the catcher in the rye and all. I know it's crazy, but that's the only thing I'd really like to be.”  JD Salinger

I have thought about the ways male bodies want to put sperm inside females. Not talking about porn, per se, but the biological desire to procreate, and how it has to be inside of us. Not different from a dog in heat.
Chico, my dog, is neutered. I promised Jeanne, my mentor in all things writing and dogs (general life counselor), to have him neutered when I got to Idaho with him. I am sure Chico holds it against me, but he doesn't understand how that has allowed him to go many more places in the world. If you know me, you know my dog, or we haven't spoken in eight years. 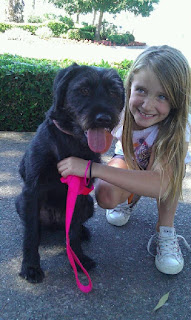 Nonetheless, a few years later, I was helping my sister find a dog, and they wanted something like Chico. I was up north, and found a dog to adopt, and they had been looking and trying. She is a wild and rambunctious bottle of energy. Her name is Daisy now. I think they said it was Marley. We did a three-car shuffle from mine, to my brother-in-law's mother’s car, to my sister and more specifically to Larkin, my niece to get her from Paradise, California to Oceano, California. I couldn’t come down then, but did shortly after. We didn't know much about Daisy, not her breed, but a few guesses, nor her siblings. The vet said he couldn't tell for sure if she had been spayed. He said to wait and see if she goes into heat and she did. And Chico was excited.

I don't think there is much worse in life than watching someone go through troubling times. To go through them yourself, of course sucks, but they are your own.  To watch, to feel helpless; however, we all try. That is the beauty of having friends raise you up when you are down. We all know it isn't the friends doing the work. In the very end, you have to, even at the very least, ask for help. You don't have to do it alone, but that decision, that surrender, doesn’t happen easily. I hope to think I am getting better.

When Daisy went into heat, it was wild to watch, especially to see how Chico reacted. He didn't quite get it. She would walk up to him, turn, and put her pussy into his face, and he would wildly smell and lick. It was kind of gross to watch.  He was turned on and would try to mount her, mostly her head, but she kept coming back to him, trying to get him to understand. I didn't think much about it because he was fixed.  I didn't think he really could do it, but then I turned around and there they were stuck butt to butt and he’s looking at me for help, kind of the embarrassing look he gives when he ate too much grass and his poop is stringy and it won’t break free from his ass. It gets worse…I found this out soon, to be a pet owner. 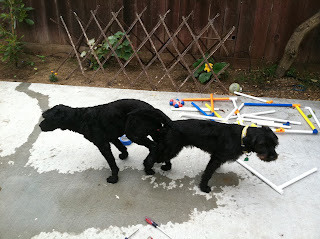 I have always been fascinated with cycles and systems: cats having kittens, trees flushing new, a season for camping in the mountains, and of course when the fish are in. That has followed me places.  I still get the fish run counts for Kodiak Island via email during the summer  runs to follow how many of each major species gets up to the fish weirs. Today, 2733 sockeye made it past the fish weir on the Karluk River. All these fish, sometimes hundreds of thousands in a day will pour into the lagoon and up into the river pushing with the rising tide, pulses of fish moving along the channel, then, from rock to rock, from deep spot to deep spot, spawn until they die and let the current wash them back out to sea, what post-coital surrender. Five steelhead went back down and back out to sea today. They keep coming back and do it again. I'd rather be a steelhead.

For three days, all Chico wanted to do was fuck. His every waking second was busied with my sister’s dog. I’d look over and they would be stuck together again. I figured I owed it to him after removing his balls. I figured what was the worst that could happen. After three days, Daisy stopped being in heat, and just like that, it was over. That night Chico is sitting on my sister’s couch next to me licking his pink penis over and over. I joke that he is rubbing it in. My dog is getting laid more than me.

I tell him, “Put it away. It’s gross.” I sort of hit his side to get him to stop licking.

My sister gets on the Internet and then says, “Oh this might be bad. You might have to help him put it back. It could lead towards serious complications.”

Sure enough, there it is right on the Internet, sometimes a dog's penis might get too dry and it won’t go back. You might need to help lubricate his penis to get it to go inside. I inspect closer. Sure enough, the skin and hair was folded over, stuck, as the penis tries to go back inside. This is something no one tells you about being a pet owner. Nobody tells you that one-day you might have to help put his penis away for him after three days of frolicking. 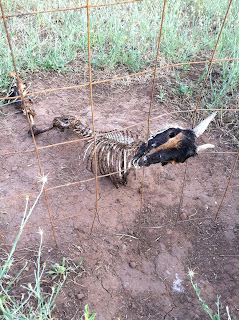 I often think that this religious view that humans are somehow closer to god, or somehow raised above animals, does us no good. So much of what we go through is biological. So much of the ways we suffer have connections to our animal selves. The animal inside us gets us in trouble. But I also know that we are pack animals, tribal people. When we see one of our own hurting, it hurts us too. With our great culture of humanity come all the violence, the abuse, the drugs and alcohol, the addiction, and the despair. We sometimes feel so alone when surrounded by so many people who love us. Jeanne once told me she rescues dogs because it is too painful to rescue humans.

I prepare to do it. We get some olive oil out and I am about to lube up his penis for him. My sister sets the olive oil down for me. First, I just move in and pull the skin and hair, kind of trying to open it up again and clear the passage, and it does.  It goes right back in and shrinks up around it. Gone, back into the mystery of the body. I didn't have use the lube or touch the actual pink part of his penis. I am damn close with my dog, and I wake many mornings to his ass in my face his back paws up over my head. It is my fault.  I pull him to use him like a pillow, and he doesn't want his head next to mine, and I'd prefer to not smell that or listening to his snoring quite that close each night. Actually I feel the same with any sleeping body, including humans. I feel as if they are stealing my oxygen from me all night long. Nonetheless, I can safely say, I have never touched the pink part of my dogs penis and that seems to make everything OK then. Some things end up being easy fixes. I wish more things were like that. And, there is no way to write this sentence without it sounding dirty, but I would touch that pink part to help you if I could.
Posted by Sisyphusinlove at 7:14 PM