Last night, lightning came, and with it thunder.  They say lightning is the world seeking instant balance.  It happens on the boundaries of life, where polarity crosses and temperature fronts meet; however, it is the roll of thunder I remember.  The strike fades too quickly from imagination.  Thunder happens when heated air molecules around the plasma increase in pressure and send shockwaves flying out into the world.  It rolls over you like swells in the ocean.  A group of good friends were inside the house when red alerts were issued on phones.  Tornado warning!  Every phone received one except mine.  I think I know why.  To me, it isn't a warning, but a welcoming, a bell ringing, a gathering.  My first instinct is, not to take cover, but to go outside and stand amongst it…and I did.

There is an almost mythical ad some suggest the Antarctic explorer Ernest Shackleton once paid to print.  It read: “Men wanted for hazardous journey. Low wages, bitter cold, long hours of complete darkness.  Safe return doubtful.  Honour and recognition in event of success.”  I long for such adventure.  In my life, I don't seek hardships out, but I seldom say no.  This is what I seek in a partner too.  I realized that my greatest attraction to the last woman in my life was because I had hoped she was such an adventurer.  I had hoped she too would jump at chances to see the world.  Too often people want to travel, but they want the resort and comforts of home.  I want the adventure.

This is rare to find in people…people willing to throw the map aside, put down the guidebook, and just allow the wind to carry and the heart to guide.  In my line of work I meet a lot of people doing crazy things.  They are finding rivers no one else has run, routes no one else has climbed, and lakes tucked into alpine cirques.  There are others though, others who also do daring feats of adventure, but they lack originality.  Thousands of people have climbed Everest now.  I prefer the person who hacked his way to the top of an unknown hillside in their backyard.  Dozens of friends run the Grand Canyon, but I prefer the person inner tubing the flooded drainage ditch.  There are those setting speed records climbing El Cap, but I prefer a scree scramble to a ledge untouched by humans.  Don't get me wrong; I would love to challenge myself up Everest too.  And I would love to drink beers with friends as we paddle the Grand, and I surely hope to scrape and claw my way up El Cap one day (I need a partner for most of these).

I stepped outside last night and watched the lightning spark across the sky.  Clouds, in the yellowed light from streetlamps, swirled the neighborhood on the north end of town.  Rain came in torrents and my mind dreamed of the rivers swelling.  There is nothing more magical than watching the rage of river.  Earthquakes, tornadoes, hurricanes, winter warning, storm swells, high seas, gusts over 100 miles per hour, cumulonimbus clouds bursting up into the sky, this is nature in all glory and power.  It is this controlled chaos I love.  Not controlled by humans, but controlled by a system that accepts change and uses change to become stronger and better.  My life seems sporadic at time.  It ignites in moments across the sky and fades to darkness as quickly.

Chico and I walk today, petals of leaves litter sidewalks, and I think about the women of my past.  I have tried to love completely, to take people as they are at face value.  I decided to start counseling myself now.  I have had only two sessions, but I like it.  My counselor asked me to visualize a landscape, and I saw a rolling hill and on this was a lone oak tree.  I met my younger self at this tree, a self before the scars of love.  I looked down at myself climbing the tree, and in his eyes were a brilliance of a clear blue sky after a storm.  This is Nathaniel before Nate.  Life was in the eyes, a spark for the love of all the beauty.  Sometimes I feel like I have disappointed that young self, like the life I once imagined seems a farce, but then I think of my friends, and the adventures I have had.

I look back at this younger version of myself and I tell him, don't ever stop loving.  It is the only advice I can possibly give.  Keep giving your heart to each person you meet.  They will take it.  Some will treat it with care, some will cherish it, some will throw it away, some will abuse it, some will break it, crack it, spit on it, and some will ask for forgiveness.  Some will lift your heart up.  And some will give you a piece of theirs to fill the void.

Maybe the liver is a better metaphor for love than the heart.  With all the functions it performs, its ability to regenerate, cleanse, purify, filter, store, detoxify, breakdown, and recreate.  I liver you.  You are my liver.  Live, love, liver, lover.  Words so close to each other must mean something in this heart, this earth.

I put my ad out into the world to you all.  “Humans wanted for hazardous journey.  Low wages, bitter cold, long hours of complete darkness.  Safe return doubtful.  Love and laughter regardless of outcome.”  Honest humans apply within.

The sun is out now and Chico and I walk the washed sidewalks.  But I think about the lightning still.  In the night, each flash is a bit of forever—forever in a fraction and a memory and spark. What is left is the same, but feels quieter—the dark darker—as if the world holds breath quiet and waits.  We count the distance between us.  Me too, holding my breath.  The silence is vacuous.  I endure the dark and the silence with memories of you.

Posted by Sisyphusinlove at 10:14 AM No comments: 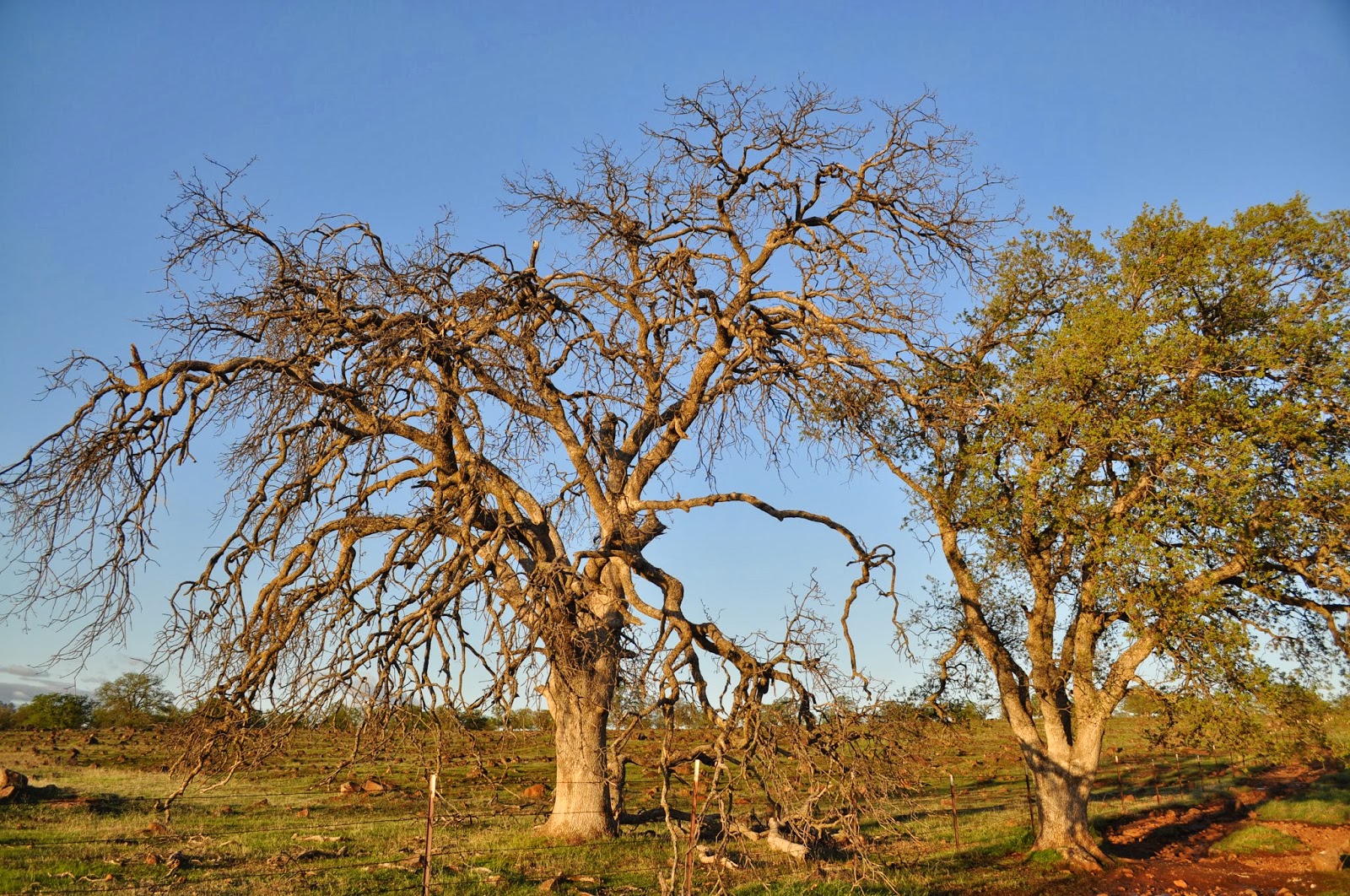 Today, my girlfriend broke up with me.  So, I do what I do: I hike up on the ridge.  Storms have past and the land is vivacious with life; the tender spring flush of leaves on oaks and buckeyes open from winter, pale in their new awakening to sun.  Water pocks the valley below and reflects the myriad of colors contorting the sky as the sun falls behind the Mendocino Mountain.  I hear coyotes crying for me in the distance.  I do not do the same. 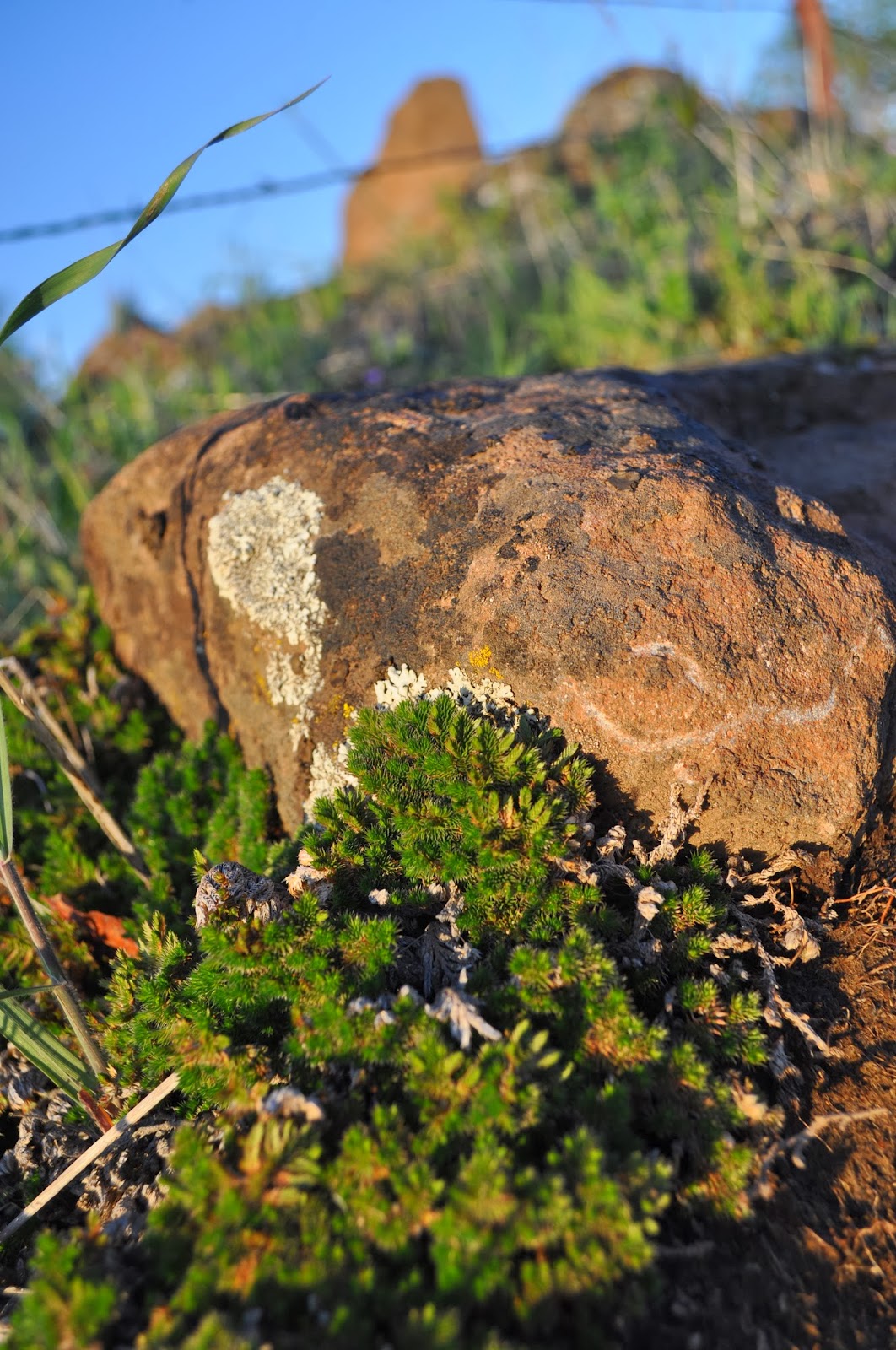 Not because I don’t care.  I think because the better response is to feel great about the time I did have.  Whitman once said, “It may be if I had known them, I would have loved them.”

I am a romantic in life, and idealist and optimist—I won’t change.  A friend and mentor was recently telling me about some Buddhist koans—Zen riddles of sorts for meditation, things you carry around and open you up to the world.  It went: When times of great difficulty meet us, how do we great them?  Welcome.
I have been working on welcoming life to me.  I sit on a perch above the canyon and watch the light of sun fade to darker colors, the valley is awash in daylight savings time, alive, verdant, light longer, the sun arching north again.  I hear gunshots fire from the shooting range in the park.  I used to hate this sound, like the power lines crossing my view of the valley, but I’m losing hatred, working on judgment.  Welcoming.  It is difficult.

My girlfriend was so different from past women I have dated, some in superficial ways, some in the way she moved in the world.  Fake boobs, hair extensions, just opened a tanning salon, and yet, none of this bothered me.  She spoke from the heart and left the same way, strong in so many ways.  I liked the way she welcomed the world around her.  The people shooting guns below don’t shoot because of hatred, but because of love and the fear of losing it.  Power lines cross our world to light the homes of millions of families.  Prometheus bound to rock, the vultures tear at his insides as if the love could be found inside and ripped from him.  Isn’t that the beauty!  We try so hard to provide for the people we love. I know people are different.  We all seek love differently.  And sometimes the way we love—the protection, the caring, the fear of losing, the angst of the heart—might hurt other people.  We don’t mean to do that.  Surely, if we knew them, we would love them too.

Chico and I stumble our way in the dark back off the ridge as city lights and lives ignite the darkness: this, the history of fire and love.  We get back to the truck as a man is loading his dog up into his jeep.  Chico runs over to the stranger as I quietly walk past, but the man responds in soft loving voices to my dog and tells Chico he is beautiful.  Chico can smell his dog inside the jeep.  He cries to meet the other dog, to sniff and lick, and maybe even love, but I call to him and tell him to load into the truck.  Now is not the time.  I wish it wasn’t true.
Posted by Sisyphusinlove at 10:17 PM 1 comment: