Today I walk the long beach of El Paredon Buena Vista in Guatemala without Chico.  He could not come on this trip.  I stop to pick up a lucky seed as I had done so many other mornings in the past.  It is strange to be here after two years away; things change.  Life seems to circle back, but maybe it is more like a Fibonacci spiral in a seashell, as if eventually it all must meet at some point at the end; the place where the ocean whispers to you, because infinity is unfathomable.  You return to places to see it is not the same, you are not the same, and perhaps what was, never was. 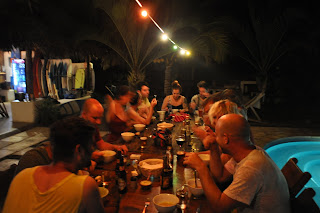 Hermes was the winged messenger hurrying Zeus’s orders for Calypso to release Odysseus from her sexual strangulation and allow him to continue towards Penelope waiting on distant shores for his return.  For years, she walked to the seashore cliffs and gazed out to the open ocean waiting for Odysseus to come home.  Hermes, the god of transition and interpretation, the patron saint of poetry and highwaymen (sort of the same things), crosses the boundaries of heaven and earth carrying the caduceus staff, two snakes intertwined and staring at each other.  There is always another interpretation.  The more I travel, the more people ask me to comeback, and each time I realize you never can.  You can only spiral forward, glancing back as you quickly pass the past, spiraling around some staff only to one day stop and stare at what you thought would be and see that which you really are. 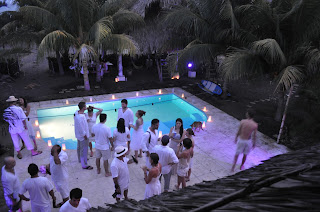 There is a party in Paredon tonight and the place feels so different, looks so different, and yet, the same.  Against the bass of dance music carried out to mix with the thundering surf of the ocean, Poseidon crashes and sways to the rhythm like a rave dancer, friends old and new pulse together, the humidity of the equator cascading off skin, she asks me why I am not dancing.  I say, two years ago I was here, but everything is so different now.  I don’t explain it further.  We roast a pig, celebrate our friends’ engagement, drink smooth and aged Guatemalan rum, and swim in the moonless night.  This is a party about love and futures…no place for the past. 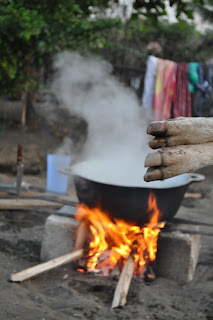 The morning surf rises and crashes barrels of water churning the volcanic black sand; I try to paddle out against the constant push of the swell, the long shore current carrying us south.  If I miss the window where the rip current spirals back out, I walk the beach back north and try again.  I do this over and over.  The waves are relentless.  Duck dive, duck dive, duck dive, and I go nowhere.  All day, with some of my best friends, we fight the current to try and catch one or two waves.  When I can paddle no longer, we head inside and pack up to leave.  I thought I would stay for the whole week, but with everyone leaving, I decide to head back to Antigua with them.
My friend James is in pain.  He has been in pain for a while and trying to hide it and ignore it.  Today, we drive around to find someone to fix it.  Each person gives a different interpretation.  The physical therapist says it comes from the hips, the massage therapist thinks it is a broken rib, the x-rays reveal some slight build up in the lungs.  As a last resort, we stop at a healer’s house.  He tells James he thinks that we try to cover up pain when we should go deeper into it.  So that he can feel secure and free to dive into the true root of the pain of his body, he asks me to wait outside.  And so I lay down on the lawn and watch fireflies sparkle amongst the bats swooping and diving.  I wonder what the light tastes like.  I can hear James yelling with the pain as I fade off to sleep. 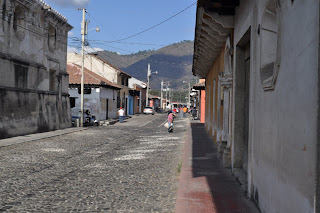 We wake at four in the morning to catch a plane.  James invites me to go with him out to the jungle where he has hired a documentary filmmaker to film one of the tour guides who works for his travel company.  James is still in pain and he squints and grimaces with each bump along the cobblestoned Antiguan roads.  We pick up the cameraman, Nick, a New York photographer and filmmaker I met earlier at the party in Paredon.  We have a lot in common for being very different.  I take an earlier plane than them.  They drop me off on Taca Air.  I touchdown into the humid hot jungle and step out of the airport to the swaddle of taxi drivers and tour guides asking if I need help.  I patiently decline and wait for the next plane to arrive with James and Nick.  Nick steps off the plane without James.

He tells me that while waiting for the plane, the pain increased.  James’ heart began to race, the pain radiated out into this arms and hands.  He left the airport and headed for the hospital in Guatemala City.  Now it was just Nick and I at the airport.  Carlos, the subject of the movie is there waiting.  We load up into his Toyota 4x4, and drive out of the tourist town of Flores into the Peten.  I have been here before, 6 years earlier when we came down to surprise James for his 30th birthday.  We had showed up at his door, knocked, and he opened it with utter surprise.  In a whirlwind tour of the country, we took this same flight up to Flores to visit Tikal and the ruins.  James runs a travel business and he quickly took us to the close highlights of the country he then called home.  We all hope he is OK now.

Carlos drives us up the same road; I have been here before.  He drives us through the entrance to Tikal and I can still remember our adventure as we climbed each ruin.  We pass through the security gates.  Carlos seems to know most of the people.  Then he turns off onto a dirt road.  This is a new dirt road.  Now we are on a road in which I have never been.  This is where life begins.  This is where the spiraling slither of the fer-de-lance climbs the staff alone.  I am excited to see the view… 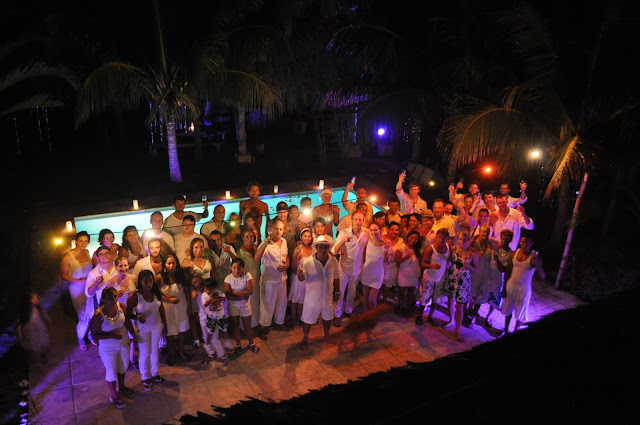 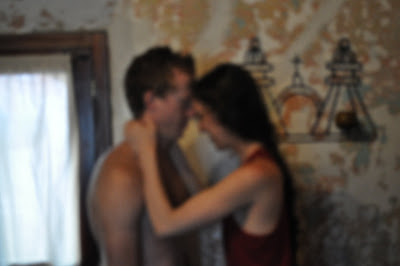 Posted by Sisyphusinlove at 11:35 AM