Today, for the second time in two weeks, I have bought the feijoa fruit from the old man selling kiwifruit at Farmer’s market.  I had five dollars left.  I bagged up the feijoa fruit I wanted and it equaled two dollars.  I asked if he could just sell me the last three dollars in kiwis.  I never noticed his one hand was deformed until I watched as he felt around the kiwis for me and picked them out with ease and tenderness.  He picked mostly from the giant odd-shaped rejects.  I heard him last week defending them, talking about how much more flesh you get.  As he handed me my bag of kiwis and feijoas, he told me, with a bit of pride, that a few of the kiwi were really ripe and ready today.
I walked home with my bag of goodies from the market, Mr. Cheeks in full fluff sniffing his way.  The silver maples in the last senesce of the season.  The gingko leaves, like an alchemist dream, turns the sidewalk to gold, and my arms ache as I switch the heavy bags filled with beets, carrots, potatoes, squash, broccoli, and my bag of feijoas and kiwis from arm to arm.
I get home and don’t think much of my purchases, put them away where I can fit them in the fridge or counters.  However, tonight, before going to bed, I opened the bag of feijoa to inhale the aroma, there intensity intoxicating.  Most people simply eat the insides, but I eat skin and all.  I then ran my fingers through the kiwis the old man put into my bag and felt one that was soft and tender.  The kiwifruit is a Chinese fruit, a berry that grows on a vine. Known as the yang toa in China.  I dipped it under the faucet, cut the top and bottom off; the skin almost collapsed of the fruit.  I quickly gulped the whole orb of sugar into my mouth and then it melted.  It melted like cotton candy…no…that wasn’t the feeling at all—it melted like a peach from my tree in Utah.  As I am sure I don’t have to admit, I ate every single soft kiwi in the bag right then.  There is something strange heading into winter, slightly settled, without a freezer full of summer sun, or cans of sugared shine.  But this, exotic fruit from foreign lands sold by a small, local farmer, odd fruit ignored by many, brings me alive with earth.  It is such strange hope. 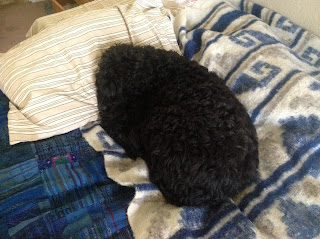 Posted by Sisyphusinlove at 1:39 AM